Sign up and Get 10% Off offer mailed to you

How to enable RCS messaging

RCS messaging is meant to be the next evolution of SMS, bringing a variety of nifty features to the table to rival Apple’s iMessage. The truth is, many carriers around the world are dragging their feet in implementing the feature.
Previously, a tutorial on Reddit showed users how to enable RCS on almost any smartphone before its official availability, regardless of carrier. But now, Google has officially released RCS support in its Messages app, and activating it is as simple as it gets. Here’s how to enable RCS messaging on your Android phone. 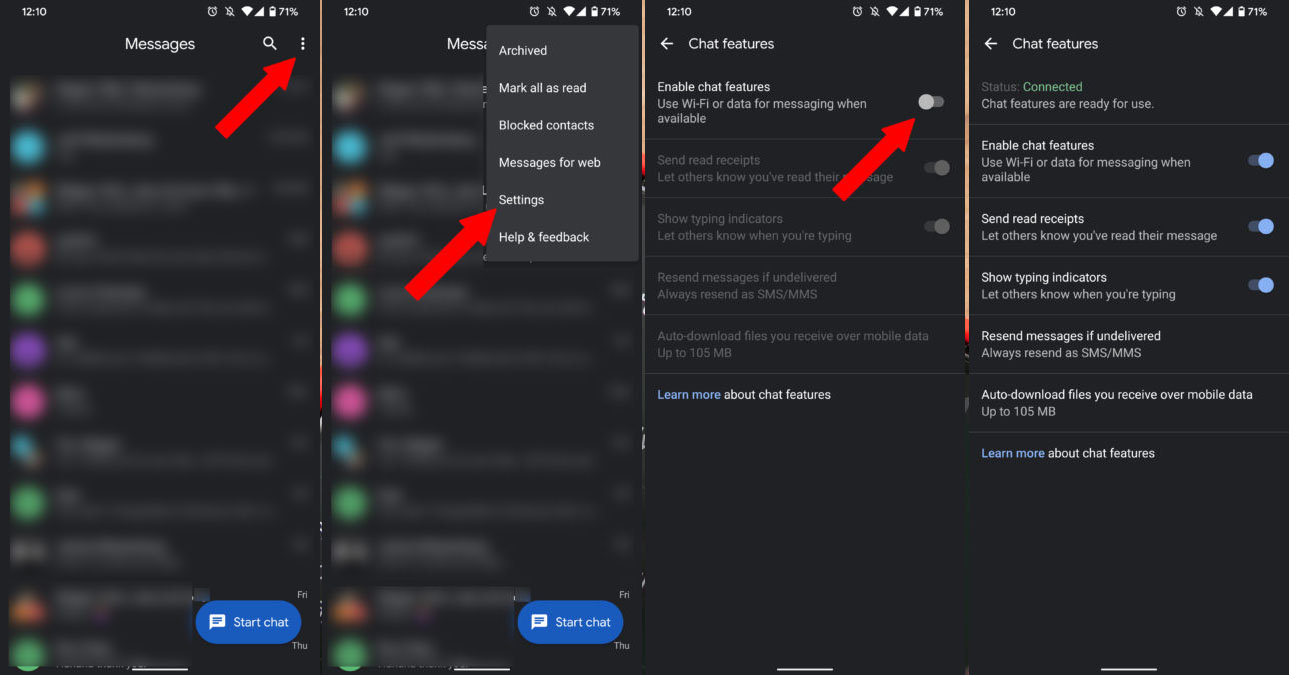 Alternatively, when Google rolls out RCS features to your device, you should receive a notification in the app telling you that the features are available. Just follow the instructions in that notification and RCS features will be enabled. In fact, a Google representative tweeted that people who used the unofficial method to gain RCS functionality will automatically get official support.
Keep in mind that Google is in the process of rolling out RCS support to its messaging app, so it could be a while before you see it available on your device. If you don’t have access and want to enable it right now, follow these instructions.
RCS is the next generation of text messaging, delivering high-quality image sharing, typing indicators, location sharing, group chats, and video calls. Carriers have been slow to adopt the standard though, making for a frustrating roll-out. Nevertheless, it’s still a rather cool addition to smartphones, even if it’s essentially duplicating functionality seen in popular IM apps.
Have you tried RCS messaging yet? Let us know how it went in the comments section!